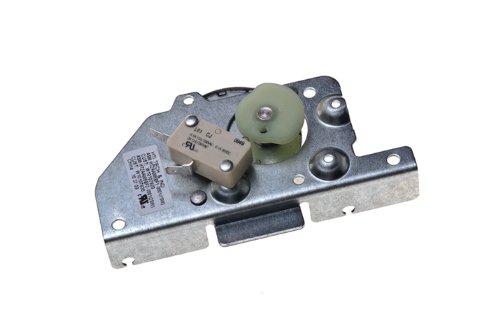 Some of your oven’s features will only activate when the door is locked shut. But if the oven latch motor and switch assembly is broken, your oven won’t be able to recognize that the lock is engaged. If you’re encountering this problem, order a replacement latch motor and switch assembly #WPW10107820 for your Whirlpool oven. Then follow these steps to install the new part.

1. Unplug the oven before you get started.

During this repair, you will be disconnecting wires. Unplug the appliance before you start to stay safe from electrical injuries.

Remove the top rear access panel. To do this, remove the screws around the perimeter and the panel and pull it down out of the top groove. Set it aside. Next, locate the assembly at the left side of the oven’s interior. Pull off the wire harnesses for the white and dark brown wires. detach the two blue wires from the motor and switch assembly

The whole assembly is attached to the oven by a bracket. Loosen the two screws holding the bracket in place

pull the assembly down and off the connector rod. This is the part that locks into place when the motor is active and connects to the front door. Set the old assembly aside.

Hold the new part in place flush against the back of the oven. First, snap the connector rod into the circular part. Then rethread the two screws through the bracket to hold the new assembly in place

the part is secure, reattach the wires. Attach the white and dark brown wires to the motor and the two blue wires to the switch. You can just push them onto the ports by hand.

the lock should engage. Go to Appliance Repair Specialists here for more troubleshooting and repair information.