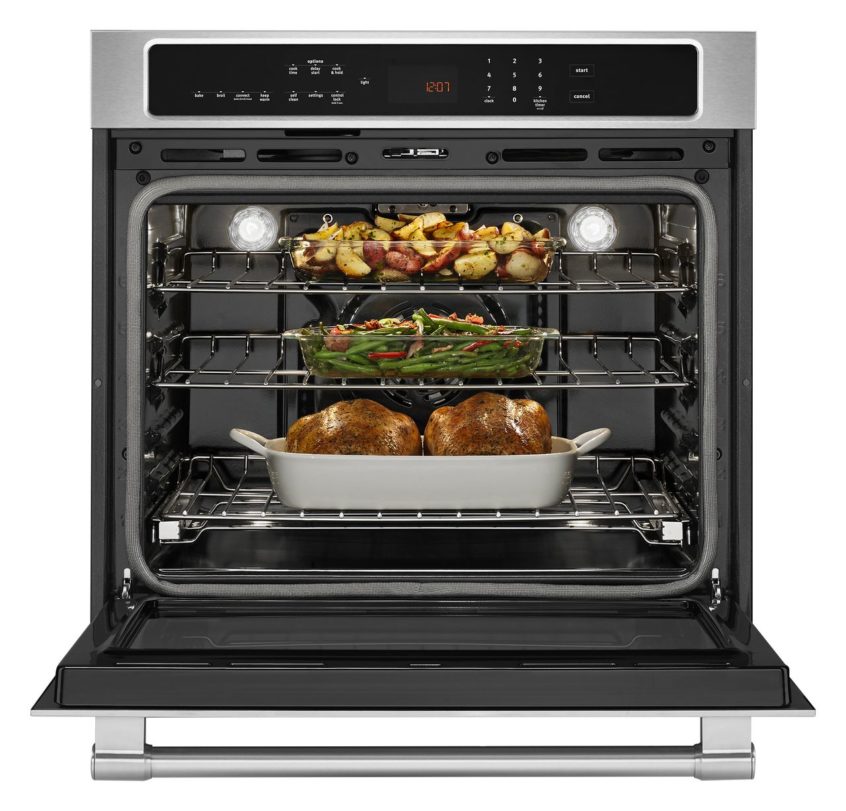 Help! I can’t get my range to turn off!

While it may seem a bit irregular, stovetop heating elements have been known to get stuck in the high position. If that is the symptom your range is experiencing, there is no need for further troubleshooting. The infinite-heat switch is your problem and should be replaced.
A range that uses single-coil surface heating elements is controlled with a rotary infinite-heat switch.  An infinite switch has no stops between the warm and hi settings. The stops are unnecessary because an infinite number of heat settings are available between the two levels. The switch is designed to send the electrical current to the surface element.
Inside the switch are two metal arms that help control the amount of current by opening and closing the circuit. Sometimes the switch malfunctions and the circuit becomes stuck in a closed position.
No matter where you set the desired temperature, the element will be stuck on high. This problem is usually solved by replacing the infinite-heat switch.
The following repair is for a Kenmore electric range but will be found to be adaptable to most electric ranges.

How to Remove the Infinite-Heat Switch

How to Replace the New Infinite-Heat Switch

The repair is complete. All you need to do now is plug the range back into its designated electrical outlet and test your work.
Sharing

Mr Jim our specialist was professional and very friendly he actually cared about our problem he order the part for our washer and when they arrived he made sure to set an appointment ASAP to fix our washer so happy and pleased with the service from start to finish thank you so muchService: Washer/dryer repair
Overall Experience

It took a while to fix COVID wise I guess! It’s done now and washing machine works perfect!
Overall Experience

We bought a freezer from Idlers that had issues within the first 3 months from the date we purchased it. Their technician came out to fix it only for it to have the same issues 2 weeks later but at the time they could not come back out for 3 weeks. They referred us to ARS. Jack was our repair person and he was fabulous. He explained to us what was going on, followed up after he left and worked with the manufacturer to get it fixed. He is professional, kind and absolutely an honest person.
Overall Experience