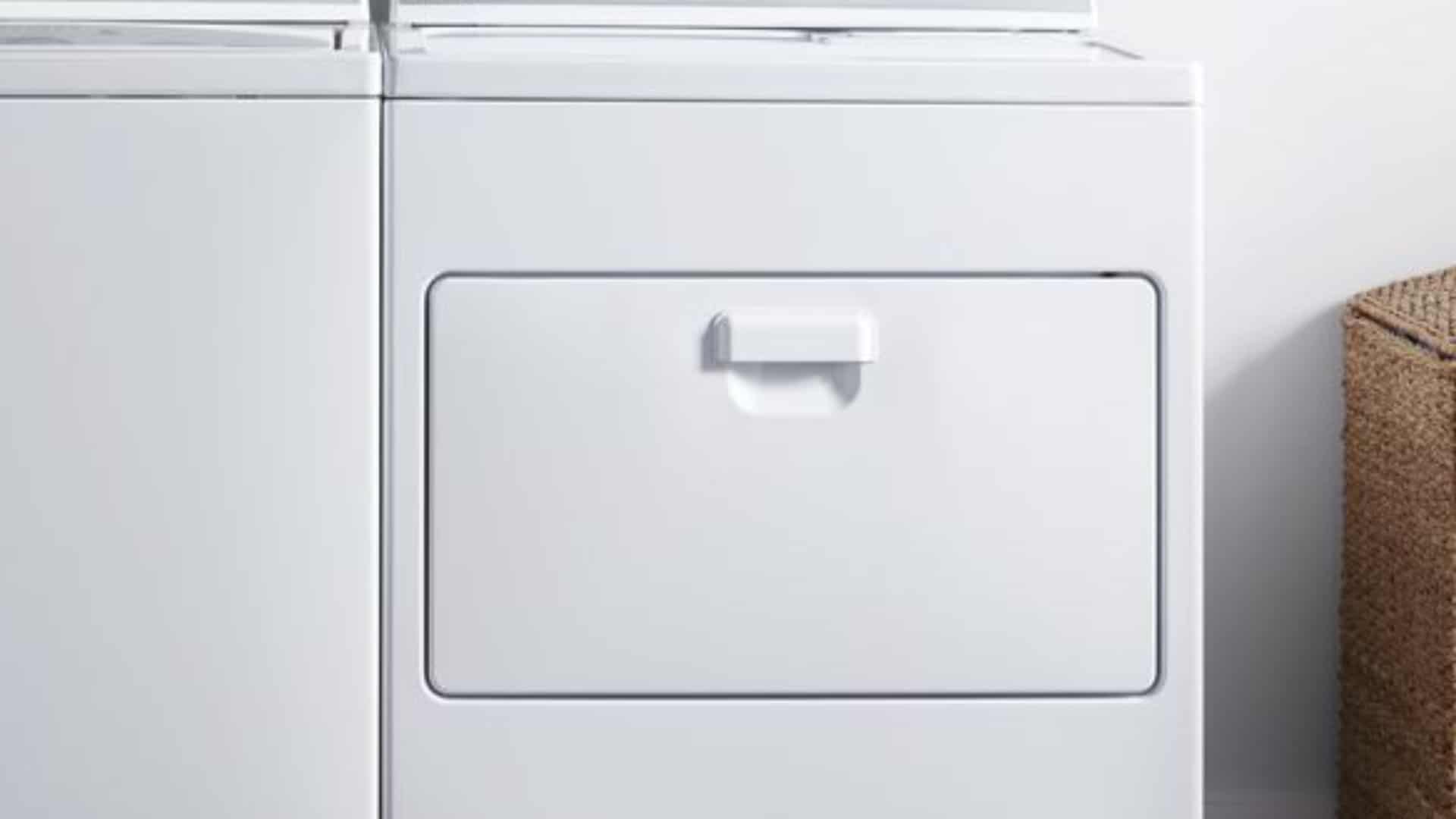 The drive belt in a Whirlpool dryer is threaded around the dryer drum and two pulleys, the idler and motor pulley. The belt is responsible for making the dryer drum turn when the dryer is operating. Over time, the dryer belt can become loose and worn, and it may even break in half.

Accessing and replacing the dryer belt is a relatively easy repair if you follow the steps below. However, fitting the new dryer belt may take a little bit of practice. Making sure the replacement belt matches the dryer’s make and model number will also make installing the belt easier.

These instructions apply to a Whirlpool dryer with a lint trap on the top. However, they can be followed for other models, except the back panel may need to be removed instead of the front panel.

This guide can be used with most Whirlpool dryer models, including the following:

What you will need

Before accessing the dryer’s belt, the power must be disconnected to avoid electric shocks and damaging electrical components.

The lint trap assembly has two screws, which should be removed and put somewhere safe. Be careful when removing screws during this repair, as losing a screw in the dryer can be frustrating and time-consuming to find.

The top panel of the dryer is secured with locking tabs, which can be depressed with a putty knife. The locking tabs are located in the two front corners of the top panel.

Once each locking tab has been depressed, you should be able to lift the front of the panel to reveal the dryer drum.

The dryer has a door switch that is designed to shut the dryer off when the dryer door is opened. The door switch wiring harness is usually located on the inside, front side of the dryer, above the door and drum.

A flat-edge screwdriver can be used to release the clip and disconnect the wiring harness.

Step 5: Remove the screws that secure the front panel

With most Whirlpool dryers, the 5/16th nut driver or socket can be used to remove the front panel screws. Once you have removed the screws, put them somewhere safe.

If your model has two panels, the door panel, and a smaller lower access panel, use the putty knife to get behind the access panel and pop it out.

If the belt has not broken, it will need to be removed by pushing the idler pulley towards the outside of the dryer, which should remove the tension and allow the belt to be pulled off.

Step 8: Position the belt on the drum

The belt will likely need to be slid back on the drum to where it was before, usually indicated by marks left by the old belt on the drum. If the belt is not in the same position as the old belt, it will struggle to align with the idler and motor pulley.

With the belt around the drum, it now needs to wrap around the idler and motor pulleys to secure it on the drum.

Lift the idler pulley and push it towards the side of the dryer. Next, thread the belt around the motor pulley.

If you rotate the drum, it should confirm that the belt is centered on the pulleys and is working correctly.

With the new belt secured to the drum and wrapped around the idler and motor pulleys, you can now reassemble the dryer.

How to Fix a GE Oven Not Self Cleaning

Oven Light Not Working? Here’s How To Repair It