How to Remove Items From a Dryer Lint Trap 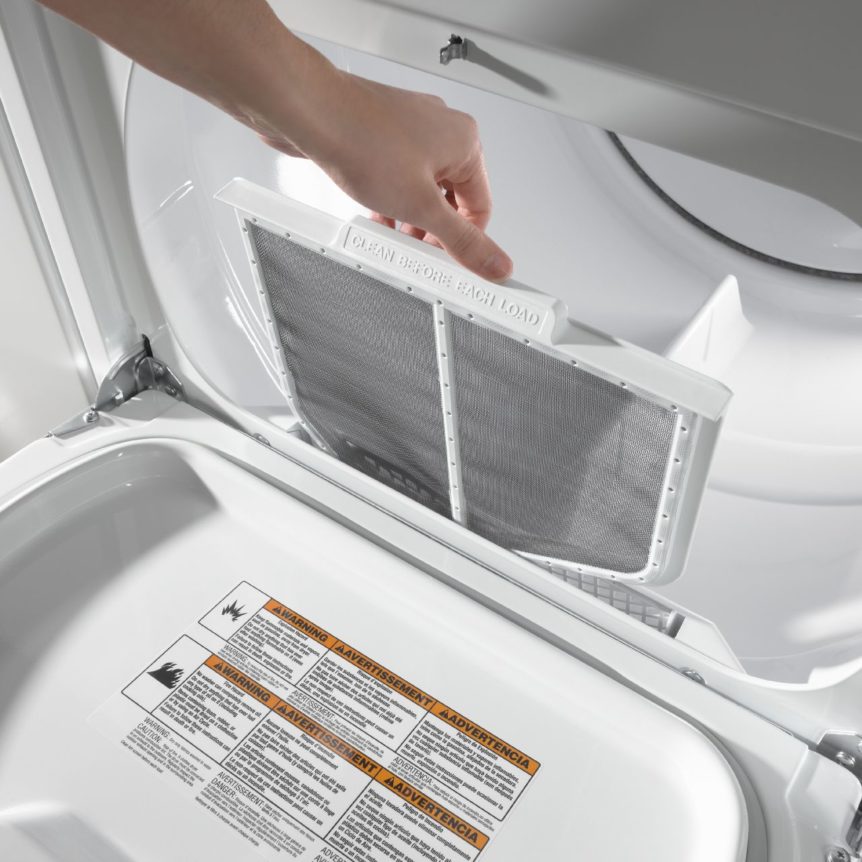 While having one lonely sock isn’t a huge problem, if that sock is stuck in your lint trap, it can become one. When items other than lint (or even a large build-up of lint) happen in the lint trap. It restricts airflow, causing the air to get hotter. Eventually, this can result in a fire. For harder items like a coin, you will definitely hear it, and while it may not be a fire hazard, it is very annoying.

How to Remove Items From a Lint Trap

In order to retrieve the items, you can employ measures like using a vacuum cleaner if you can see them, but usually, it is easier just to disassemble part of your dryer. To retrieve items from inside a lint trap, start by unplugging your dryer for safety. Next, you will want to remove the exhaust vent hose. This is a good time to check for a build up inside there as well.

Behind your dryer, there will be a cover that spans the height of the dryer behind where the lint trap is located. This will need to have the screws removed. In the lint trap alcove, you will need to remove the catch and unscrew two securing screws there as well. Once both the cover and the alcove screws have been removed, that back cover should come off. You will now be able to get a hand inside there and retrieve the item from inside that cover.

With the cover off, you may also want to remove any ambient lint inside as well and clean off the fans in the area. It’s not necessary, but it is one less thing to worry about later.

If you are uncomfortable disassembling your dryer or it has a more serious problem, contact us today.