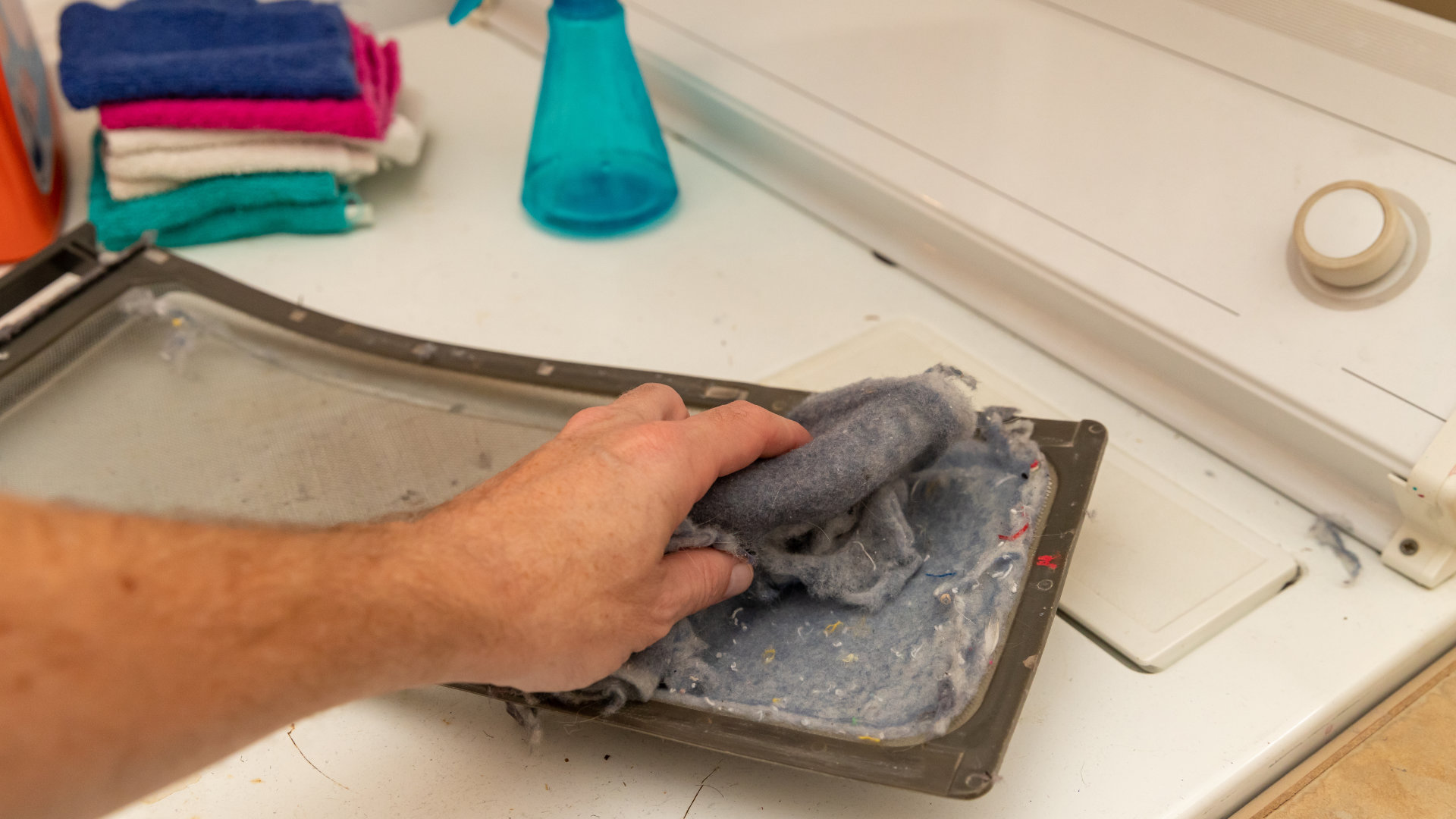 The dryer isn’t typically one of those appliances you think about when it comes to maintenance. In the dishwasher, you need to change the filter. In the washer, you need to make sure mildew isn’t growing. However, as the dryer doesn’t use water, it isn’t obvious that it needs to be maintained. However, maintaining your dryer is probably the most important and there is one maintenance task that you are probably already doing.

You should be doing it after every load, but if you aren’t – it is time. The lint screen catches all the lint (and pet hair) that comes off our clothing during the washing and drying process. This prevents it from going into the vent installed in your home, potentially clogging it, and starting a fire.

If you aren’t diligent in cleaning your lint screen, you will want to clean out your exhaust hose as well. This is the flexible metal hose that connects the dryer to the vent. As it can sag, this hose can build up lint, and again, it becomes a fire hazard. Both cleaning out the exhaust hose and the lint trap are efforts to not only prevent fires, but they will greatly improve airflow. This allows your dryer to work not only safely, but more efficiently as well.

While not strictly a maintenance task, it is something you can do to greatly improve the efficiency of your dryer. While there may be a lot of space in the interior, this is so your load can tumble. The tumbling allows air to penetrate into the mass and moisture to be removed from it. If your clothes come out with wet spots, it is very likely that you are packing them in too tightly. Removing a few items to air dry or doing smaller loads can make a world of difference.