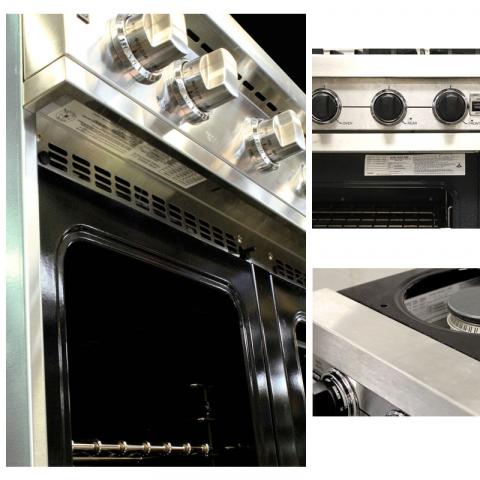 ARS
May 24, 2018
Appliance Recalls
Viking Range is one of the premier manufacturers of high-end kitchen appliances. However, Viking Range has issued a recall of their gas ranges due to the fact that the ranges’ ovens can turn themselves on posing a burn/fire hazard to consumers. If you have a Viking Range range in your home, you may be wondering if yours is affected, and if so, what your next steps should be. Here is a quick overview of everything you need to know about this recall.
The Product
The recall affects Viking Range gas ranges sold by major appliance retailers nationwide from July 2007 through June of 2014 for between $4,000 and $13,000. These ranges were sold in stainless steel, black, white and 21 other colors and finishes. They were sold in various configurations such as all burners or some burners with a griddle and/or grill. The ranges are roughly 36 inches tall, 24.5 inches deep, and are either 30, 36, 48, or 60 inches wide. The recall affects 15 models, and the model numbers affected can be found here.
The Recall
These ranges were recalled by Viking Range LLC on May 21, 2015, due to the fact that the ranges’ ovens can turn on by themselves posing a burn/fire hazard, and the recall affects nearly 60,000 units sold in the United States and Canada. So far, Viking Range has received 75 reports of these ranges turning on by themselves including three reports of burns and one report of property damage.
While Viking is known for producing high-end kitchen appliances, this is not the first recall to plague them in the last few years. They have also had a dishwasher and a refrigerator recall in the last five years as these products also posed a fire hazard. While our technicians have a great deal of experience repairing ranges like these, it is best to contact Viking Range directly if you believe that your appliance is part of this recall as they will be able to help you determine if your range is part of the recall, and they will also be able to help you determine what your next course of action should be; they will likely provide you with a free repair to remedy the problem. However, feel free to contact us for any other appliance repair problems you may encounter.
Sharing