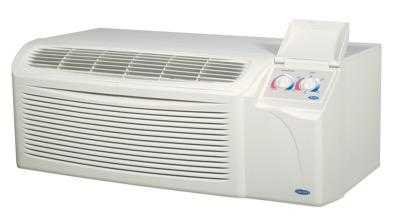 If you do not have central heating and air conditioning in your home, then you may have a packaged terminal air conditioner or heat pump somewhere in your home. If so, it is important that you are aware of a recall involving Carrier packaged terminal air conditioners and packaged terminal heat pumps that was expanded in 2017; here’s what you need to know.
The Recall
On February 23, 2017, Carrier announced that they were expanding a recall of their packaged terminal air conditioners and packaged terminal heat pumps that were first announced in November of 2007, and was previously expanded on in December 2015. The latest expansion adds an additional 94,000 recalled units, bringing the total number of units recalled to over 500,000 units. These units have been recalled due to the fact that the power cords on the units can overheat posing a potential fire hazard. As of the time of the second expansion, no injuries had been reported as a result of this recall; however, Carrier has received dozens of accounts of units overheating.
The Affected Products
The expanded recall affects packaged terminal air conditioners and heat pumps sold under the Bryant, Carrier, and Fast brand names. The recall affects units that have 7,000; 9,000; 12,000; and 15,000 BTU capacities, and it affects 8 models; these model numbers can be found here. It is important to note that this recall also affects units that had already received replacement power cords under the 2007 recall. These units were sold from January 2002 to 2009 for between $400 and $700.
What You Should Do
If you believe your unit is affected by this recall, you should stop using, and unplug, the unit immediately. You will then want to contact Carrier at 800-761-8492 to confirm that yours is one of the affected units, and they will send you a replacement cord free of charge. While it is best to contact the manufacturer in the event of a recall, feel free to contact us for any other issues you may encounter with your home’s appliances.
Sharing